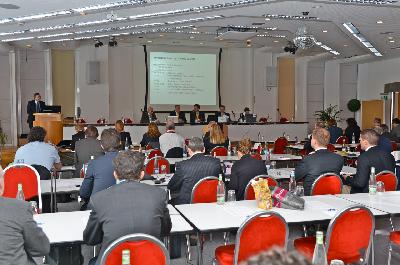 With Federation Presidents and delegates from 24 Countries represented at the 2013 EA Congress in Unterageri in Switzerland last weekend, as this was not an election year, more time was available than usual to discuss several important issues.

Sudan was welcomed as the latest new Federation to join this Confederation.

Included in the important topics debated were the World Games, possible European Games, Europe Africa Confederation structure, Subscriptions, Accounts, Doping, Insurance and the Calendar. The Europe Africa Athletes of the Year were also announced. The details of the Calendar can be seen at :

A special presentation was also made by Kuno Ritschard SUI, IWWF World President, Des Burke-Kennedy IRL, IWWF Marketing & Media Chairman, and Daniel Fetz AUT, on the WAKEBOARD 2020 VISION project progress. The details which were delivered to the International Olympic Committee in Lausanne last December were shown to all present and well received. The importance of a strong attendance at this year’s World Games was also stressed in this context.

As one of the event sponsors, following the Congress session, the delegates were invited to tour the nearby Boesch Boat factory.

Full AGM Minutes will be published as usual later this year. The 2014 Europe Africa Congress will be held on January 25th next at the Green Hotel in the west of Milan, Italy.